Stepping Out + Leaning In

I’ve had Facebook since middle school. We grew up together. That puts us at 12 years of friendship, I think. Along the way, it developed and changed, sometimes for the better, sometimes for the worse — as did I. It picked up new friends (hello, Instagram) and set the tone for 21st century life. I never thought much about social media, its implications, what it meant for my life, until I did.

Talking about my feelings has never been my strong suit. That’s not to say I don’t have them, feelings. In fact, I have a lot of them (enneagram four, forever). But I’m much better at burying them than speaking them. For most of my life, that worked. When you grow up next to a talented talker, you kind-of get a free pass to complacency.

But when you get married, and your husband is also a proficient burier, you face an uncomfortable reality. Marriage doesn’t work well like that.

We spent a while realizing that — volcanoes and earthquakes, included. We had this same, one, conversation, that typically happened around midnight and ended with two, emotionally stripped people, wanting the same result, and unsure how to achieve it.

And then, one night, this one, strange, seemingly insignificant word took hold of me. It’s been at least a year since I first read it, yet this word still sticks with me, like the gum under your shoe you thought you scraped off.

According to Dictionary.com, to piddle is “to spend time in a wasteful, trifling or ineffective way.” I first read it in Jennie Allen’s Restless, a book study about discovering our purpose. Jennie says, “If we are honest, we’ll admit that it is hard to love God and it is hard to love people. So you know what we tend to do instead of doing the difficult work of loving them? We piddle.”

This struck me all at once, but slowly, too. I wasn’t sure what to do with it, how to reconcile it with the real, living world that doesn’t stop turning just because you started waking up.

My husband agreed, at that point in our lives, social media wasn’t helpful to us in growing or seeking. It was helpful to us in wasting, forgetting, comparing and wishing. So, last February, we took a break, planning to pick back up roughly a month and a half later.

I expected to miss it. I expected to count down the days until I reactivated my accounts. But when Easter rolled around, my desire to do just that had been replaced by a desire not to. To be perfectly honest, I was confused. I hadn’t prayed for this change of heart, but I knew, without a doubt, I wasn’t the one who changed my heart.

And so, I just sort-of went with it. I didn’t reactivate my accounts, and I just kept living. As you’d expect, the questions bubbled up more and more over time. Was there something going on? Were we OK? What was the real reason for the social media disappearance? The strange thing is, I couldn’t totally answer this question for a long time. It was just something I knew, in the depth of my soul, was right for me, then. I answered the best way I knew how.

I just didn’t miss it.

“Don’t you feel disconnected?” I was asked. There were plenty of times I felt out-of-the-loop, yes, but disconnected? No. The people I loved, the people who loved me back — we were as connected as ever. If I didn’t know what was going on in their life, it was because I hadn’t asked. And so I’d ask, or they’d ask. And I’d know the important things, the things that mattered. And not the things that didn’t.

Life kept moving, as it does, and not long after Easter, I received the unexpected uterine septum diagnosis. Those weeks drug into months — months of sorting through complicated feelings and deconstructing debilitating expectations.

But you know what I’ve come to realize? In those months, when I struggled to face myself in the mirror, it was just me and Jesus, and the people who love me the most. And that was one of the sweetest gifts I could’ve ever been given.

The funny thing is, I didn’t realize it at the time. I have this very distinct memory of opening my laptop for the first time after surgery. I was hurting and looking to waste some time. I thought it was a perfect day to reactivate my social media accounts. And as I opened the browser, and slowly moved from one post to the next, tears streamed down my face. Anger surged out of my soul. Sadness spilled out of my heart.

And since that day, God’s been urging me to see.

But that doesn’t mean we shouldn’t.

It could mean a billion different things to a billion different people, because God equips us each in unique ways. But for me, in those months, it meant that I needed to look to the people who loved me unconditionally, not to the perfect faces that filled my feeds. It meant I needed to look into real, honest eyes that saw — and set myself free of the carefully controlled ones that were frozen in time.

You see, it still hurt to see my own unfulfilled dreams, fulfilled in others. It still hurt to watch healthy bodies walk painlessly past my own. It still does. But those bodies, those faces — I knew them, and they knew me. They were bellies I loved, and knowing eyes that empathized with my pain. They saw me, personally, and that makes all the difference.

People say, “God never gives us more than we can handle!” And that’s always felt strange to me. Because life gives us each a lot to handle, our own personal loads. And we are flawed, sinful humans. What is truer to me is that God can handle it. We can’t, but he equips us with his strength. Sometimes it’s not a battle cry and a sword. It’s him, carefully pruning us, supplying us with strength by removing the things in our life that drain it most.

I spent six months away from social media, and these past few weeks of dipping my toes back in have been difficult, without a doubt.  I felt peace about my decision to come back. I think social media can be a valuable tool, but I also know, for me, it can be damaging. I’ve seen it used for good, and I want to be someone who does that. But I also want to be someone who is cognizant of her sin and someone who is willing to walk where the Lord leads. So, I’m here for now. But I might leave again. I’m not really sure. At least, this time, maybe you’ll know why. 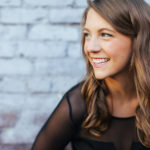